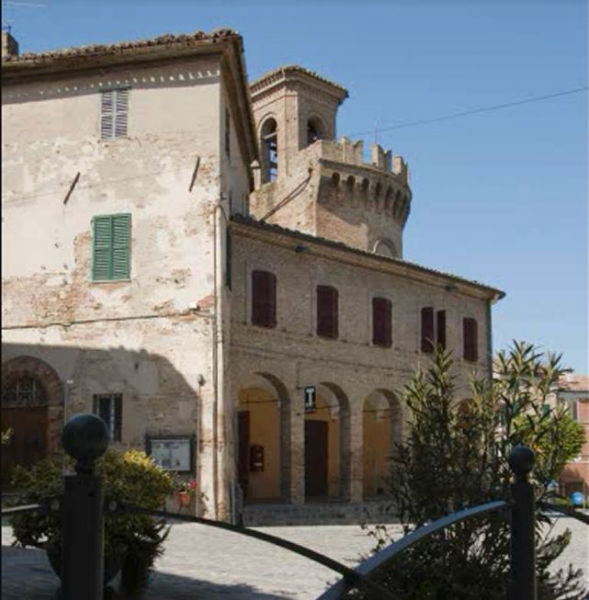 Important natural area rich in flora and fauna where the stream Fossato  flows before ending  in Esino, the main river of the valley. Thanks to its position, Montecarotto has a drainage-basin particularly rich in surface waters both in autumn and in spring.

Have a relaxing walk  along  the park which still preserves the ruins of the old mill that drew power from the waters of the stream.

Explore the luxuriant nature of the area and discover the  rare species of flowers like the fern and the dracontea.

Since its origin, Montecarotto has been the border line between Jesi and Senigallia and the junction of the Esino and Misa valleys.

Be entranced by the wonderful landscape! You will admire the entire province of Ancona, the river valleys until the peaks of the Apennines and “la Gola della Rossa”.

Many funny assumptions are linked to the name Montecarotto: according to popular belief the original name was Mons Iscariotae, that is the land where Judas Iscariot lived  and hanged himself.

In reality, the name Montecarotto derives from the Latin Mons Arcis Ruptae  the "Mountain of the destroyed fortress," a fortification situated atop the hill because of its strategic position and then  abandoned before the thirteenth century. But nothing of the first phase is preserved, maybe the remains found under the church of La Collegiata di Santa Maria  are the answer to this "mystery."

In 1248 the cardinal Rainerio, the Pope's vicar, recognized the rule of Jesi over Montecarotto and over the other castles. However, the power of Jesi became effective only in 1301, when Bishop Leonardo renounced his feudal rights. Montecarotto belonged  definitely to the County of Jesi and was one of its prestigious castles.

In fact, during St. Florian festival, Montecarotto was the second castle to lay its bid after Massaccio (Cupra Montana).

The fifteenth century was particularly turbulent to Montecarotto which was ruled together with Jesi by Malatesta family from Rimini for a few years.

After ups and downs in 1431, Jesi took possession of the castle. In the second half of the 15th century, thanks to the acquisition of  lands by the local owners, Montecarotto started an important development which lasted two centuries.

In the sixteenth century the castles under the rule of Jesi  reacted  and asked for greater administrative and financial autonomy. At the end of the century and then in 1636 serious plagues struck the area and caused a drastic decrease in population. However, in the sixteenth and seventeenth centuries Montecarotto showed a remarkable vitality by rebuilding the walls, commissioning works of art for churches, renewing the town charter and increasing cereal growing.

In the eighteenth century there was an increase in population and new struggles against Jesi  started. But the attempts at independence had no success.

In fact, the dispute ended in 1752 with Pope Benedict XIV’s “motu proprio” pro Jesi. But in 1808 further to the establishment of the Napoleonic Kingdom of Italy, the castles of the County gained their independence.

Montecarotto boasts the vitality of the small entrepreneurship and the long-lived wine-producing tradition which allow it to preserve its identity.

Come here  for  a stimulating holiday amid the verdant pleasures of its vineyards and with the wide variety of its wines, you can’t afford not to taste!