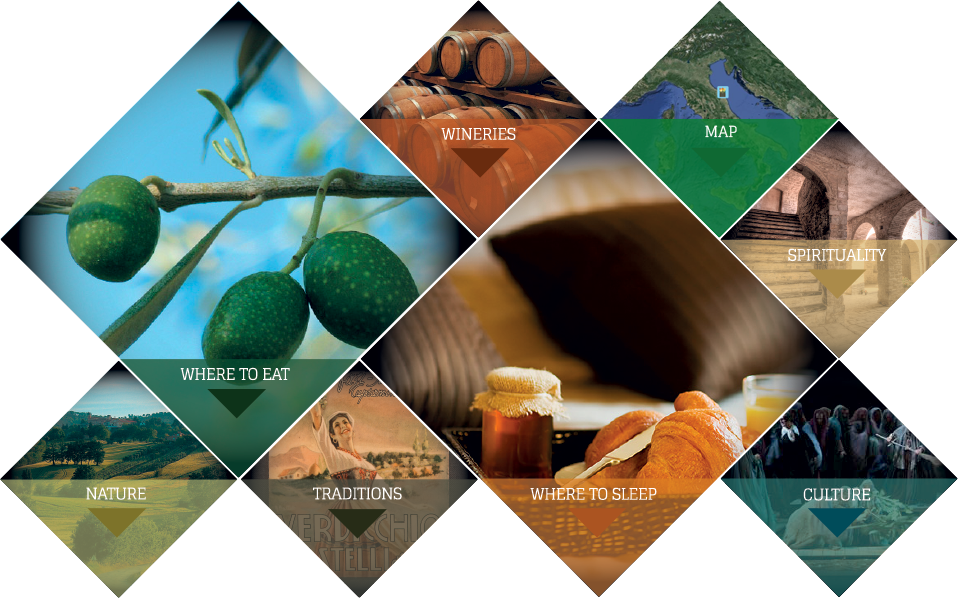 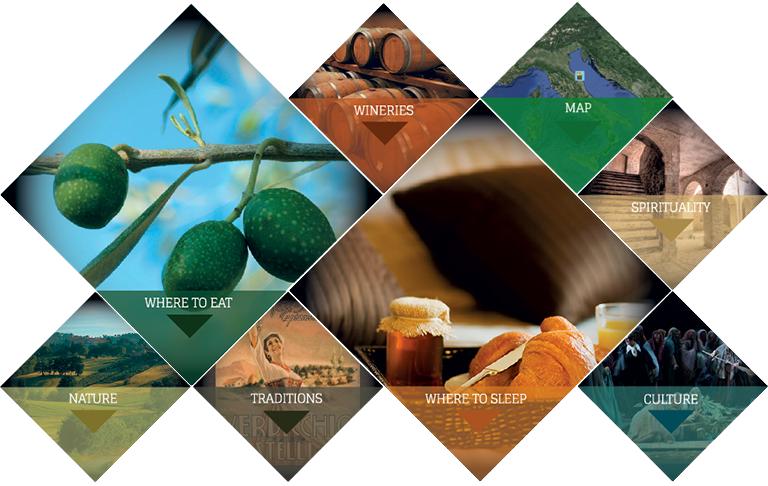 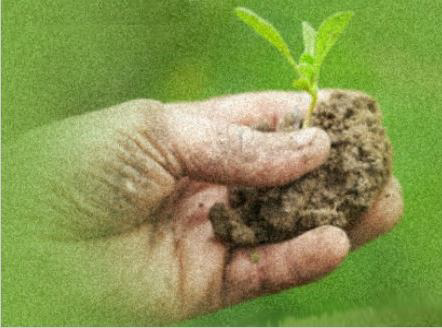 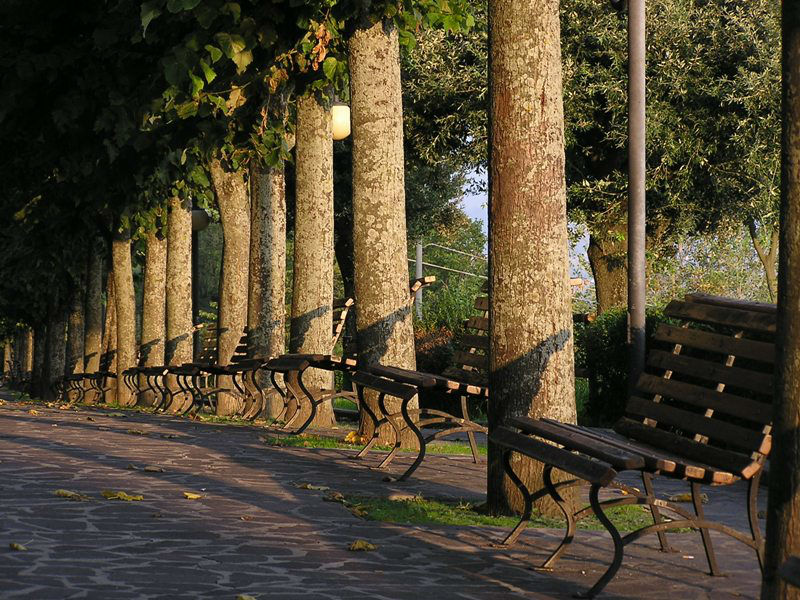 Located in the province of Ancona between the Esino and  Musone rivers.
The remarkably well-preserved historic centre opens on two opposite points, Porta Venezia  on the north side and Porta San Martino on the south side.

The Albornoz Tower (XIV century) still stands intact while some other towers have been transformed into houses.

Just at the entrance of the village, walking along the ancient streets and little squares, you can find the magnificent Leopardi Square bounded by two Romanesque churches: one of them is dedicated to the patron, Saint Egidio and the other to St. Francis (XIII century).

Palazzo Comunale is situated at the highest point of the hill in front of the old Palace of the Courts. From the typical hospital square you can reach the Wine Museum and the attached winery.

Don’t give up the pleasure of a tour through the town along the beautiful avenue of lime trees about 700 meters long which surround the walls.

This is a a natural balcony overlooking the Vallesina.

The “banghitti”, so called by the locals, provides one of the best views over the Esino, Misa and Musone vallleys to the Adriatic Sea even until the thin profile of the Croatian islands.

Coste is a fairly recent settlement in Staffolo which is having an important urban development; it is situated along the main road that leads to Jesi.
The countryside is rich in farmhouses, farms and ancient settlements such as San Francesco al Musone, the remains of Folonica and Castellaretta.

Most of the land is cultivated with Verdicchio, Montepulciano and Sangiovese grapes whose wines are the famous Verdicchio, Rosso Piceno and Rosso Esino.

Don’t miss to taste them together with the exquisite local products such as sheep’s milk cheese, extra virgin olive oil and honey.

Staffolo’s cottages, B & B, country houses grant you an inviting and relaxing atmosphere.

The particular care and respect of the countryside, the strong evaluation of the old centre and the renowned traditional cuisine have allowed Staffolo to be awarded the Green Flag for agriculture and the TCI Orange Flag.

The first evidence of human presence in Staffolo dates back to the Paleolithic. Near the hill of Follonica, remains from later periods were found, such as a bronze statue of “Marte in the assault” (Staffolo’ s warrior) dating from around the sixth century BC. Other finds, such as Latin funerary inscriptions, oil lamps etc..belonging to the Republican period have been found in the area called Cavalline  and in the historic centre.

The first mention of Stafuli in official documents, however, was discovered in a deed dating back to 1078. The term refers to the Lombard staffil (border pole or border defensive fence) probably because the hill of Staffolo marked the boundary between the Byzantine dominions in Vallesina and the Duchy of Spoleto.

In 1219 Staffolo was under the rule of Osimo.

Around the middle of the thirteenth century, it was submitted to Jesi. In 1263, however, with Urban IV Staffolo passed under the dominion of the Holy Roman Church. In 1291-1293, thanks to the help of mercenaries from Ancona (“becchi fottuti” called by the locals), Jesi succeeded in conquering Staffolo again.

Climb the hill to visit the Convento dei minori francescani (1230)and the small church San Francesco al Musone. Not far from it, you’ll see a water source: a legend has it that in 1210 St. Francis of Assisi himself ordered the waters to gush out. The Franciscan monks where later considered heretic and therefore persecuted. In order to punish the landowners who had supported the heretical movements, Staffolo was destroyed, as reported by Matteo Villani in his Chronicle.

But thanks to Cardinal Egidio Albornoz, Staffolo knew a period of civil and economic growth and the walls of the castle and the circular  tower on the west side were rebuilt as they were originally.

Staffolo was destroyed again in 1517 by the Gascon mercenaries paid by Francesco Maria della Rovere.

In the following centuries new activities and important handicraft enterprises have been created. Staffolo became famous for its iron cutlery industry  and, undoubtedly,  for the high quality of its pleasant wines.
In 1944, during the Second World War, Staffolo lived one of the most dramatic moments in its recent history. It was full of partisans and, therefore,  persecuted by the Nazi terror. Many young partisans and ordinary citizens were killed. On June 29, 1944, during St. Peter and Paul’s feast, some German soldiers killed seven young prisoners  and twenty-six  innocent civilians.

Thanks to the arrival of the soldiers belonging to  the Italian Liberation Corps, on July 19, 1944 Staffolo was finally free.

Staffolo has been the land of wine since ancient times.

According to a legend dating back to the seventeenth century, the name itself derives from the Greek word which means  "bunch of grapes" and  Staffilo,  Ariadne and Theseus’ son, had founded this village.

The cultivation of Verdicchio is attested from 1569, when the botanist Costanzo Felici from the Marches first used this word.

Some municipal statutes witness the importance of wine production in the economy of this village and Staffolo’s wines had been sold in Rome since the end of the nineteenth century.

One of the most important wineries was Cantina Cantarini (since 1903) whose sign can  still be seen in Piazza Sallustio, while the first wine factory was Angelo Procicchiani’s winery. His prestigious wines like sparkling wines and moscato  wonthe golden Medal in 1923 at the expo in Rome called “Progresso Industriale” and in Paris  at “Exposition Internationale de Progres Modern entre les Nations Alliées et Amies”.

Later Clemente Bartelucci and Giuseppe Fantone took over the winery and changed the trademark into Staphilus. Their wines became famous in England and in the United States as well.

In Staffolo you can find the ideal atmosphere to taste the utmost quality of its wines  and to offer you much more than just the nectar of the gods.

Don’t forget to sample its typical sweets:   “cavallucci”  and  “serpe”!

The “cavallucci” , so called for their shape resembling a little horse, are made of “sapa” (boiled must), nuts and candied fruit and are coated with alchermes and sugar.

The “serpe” is round and made of toasted almonds. 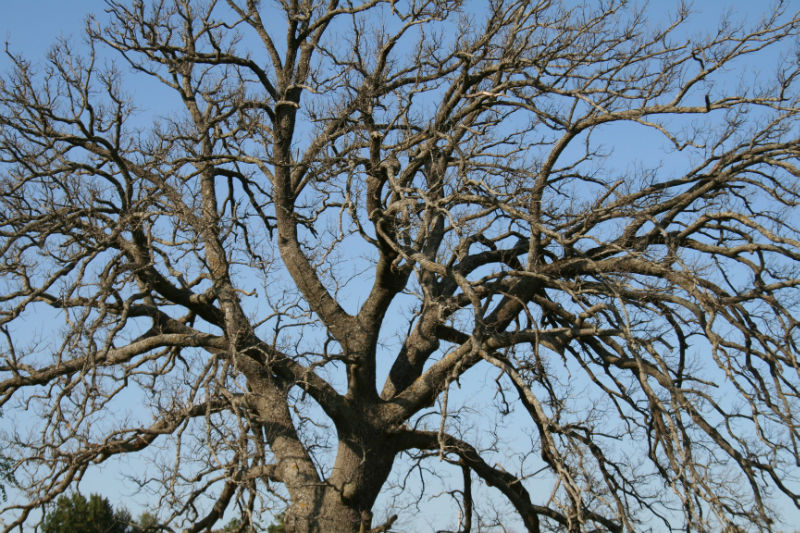 Starting from the parking in front of the cellar Colonnara and following the signs indicating the historic centre, take the road that leads to Staffolo until you reach the junction called Pian della Casa. Then turn to the right  for Apiro. Once arrived in Apiro, head to Piani di Apiro; near the pool, follow the road down the hill that borders the pine forest . Continue until you cross the white road; turn right and shortly after, again on the right side of the church, take the white road downhill through the woods (dangerous descent, be careful!).

After a series of ups and downs through woodland, turn left  for the tarmac road that leads to the source of Crevalcuore. Follow the tarmac road for about 2 km, turn left at the junction and go uphill on the white road until you reach Valcarecce. Having passed the hamlet, turn right; continue along the white road over a series of ups and downs and at the junction of the hamlet called Ca de Berti, take the road on the left which soon after reaches the Church of Colognola. At the next intersection with a large metal Crucifix, turn right and follow the main road downhill. From the stream Acqualta take the road to Staffolo and proceed downhill to San Paolo. Near the war memorial of San Paolo, take the tarmac road to the source of Barbanera and turn right onto the dirt road leading to the ditch of Follonica. Having crossed the first bridge, turn right for the second bridge where the steep path climbs up to San Michele.

Having passed the Church of San Michele, take the white road on the left following the sign indicating Contrada Colonnara. After about 600 metres, turn right at the junction and start climbing calmly because there is a difference in height of about 200 metres with a sixteen per cent gradient.

At the end of the climb marked by the “Stop”,follow the signs indicating “Conad” and you easily reach the point of departure.